Linda Jean Barry (born January 2, 1956), known professionally as Lynda Barry, is an American cartoonist. Barry is best known for her weekly comic strip Ernie Pook's Comeek. She garnered attention with her 1988 illustrated novel The Good Times are Killing Me, about an interracial friendship between two young girls, which was adapted into a play. Her second illustrated novel, Cruddy, first appeared in 1999. Three years later she published One! Hundred! Demons!, a graphic novel she terms "autobifictionalography". What It Is (2008) is a graphic novel that is part memoir, part collage and part workbook, in which Barry instructs her readers in methods to open up their own creativity; it won the comics industry's 2009 Eisner Award for Best Reality-Based Work.

In recognition of her contributions to the comic art form, Comics Alliance listed Barry as one of twelve women cartoonists deserving of lifetime ach…Read more on Wikipedia

Work of Lynda Barry in the library 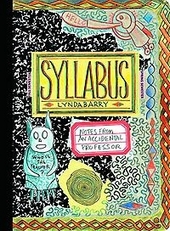 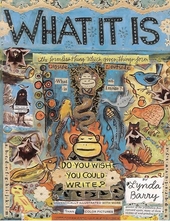 What it is
Lynda Barry 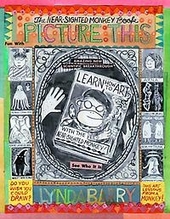