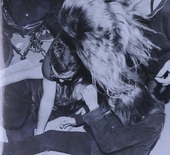 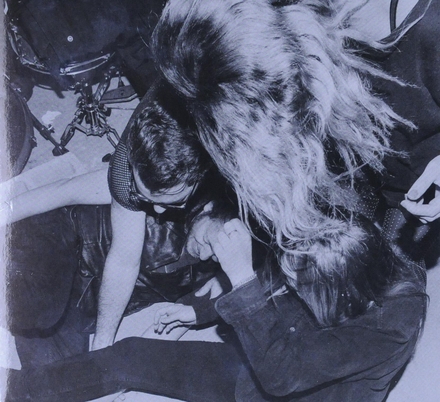 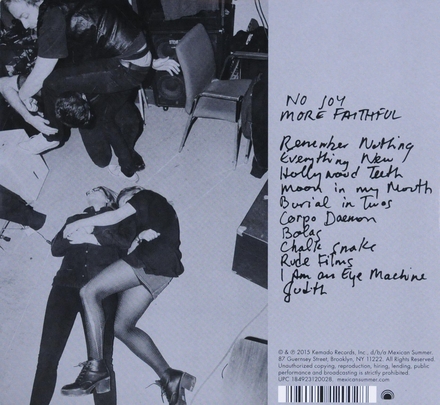 No Joy are a Canadian shoegaze band from Montreal formed in late 2009 by Jasamine White-Gluz and Laura Lloyd.

No Joy's first show was with Grant Hart of Husker Du on December 15, 2009. The band continued to play locally, including a show with then-up-and-coming indie band Best Coast. The latter's lead singer, Bethany Cosentino, took a liking to the band and tweeted, "Dude, No Joy is the best band ever. Two hot blonde girls just shredding away. Sooooo amazing".

The band soon signed to Mexican Summer and released their first 7" single, "No Summer" b/w "No Joy". Its release enabled No Joy to book their own national U.S. tour, bringing along La Sera (a Vivian Girls side project) for a three-week stint of mostly West Coast shows. Around this time, London-based label Sexbeat reissued the debut 7" for a UK/European release. No Joy toured later that fall with Mexican Summer labelmates Dungen.

The 7" sold out quick…Read more on Wikipedia

Work of No Joy in the library 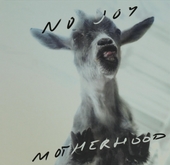